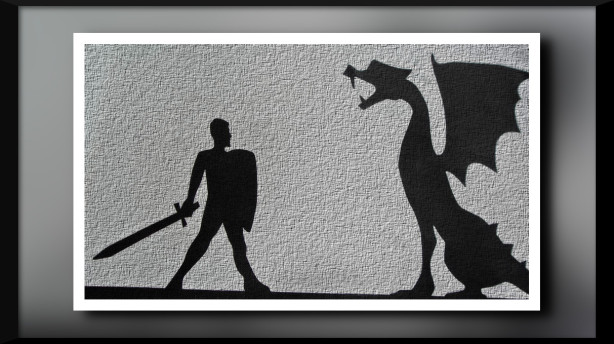 …If anything has power over a person, then that person is its slave. (2 Peter 2:19, Easy English Version)

But someone might say: “We do not have to obey Moses’ rules any more. Instead, God is saving us because he is so very kind. So, perhaps it does not matter if we do wrong things.” No! Certainly, that is not true! When you give yourselves completely to someone as slaves, to obey him, then you will really become that person’s slaves. You should know that. You are either slaves to sin, and, as a result, you will die. Or you are God’s slaves, who obey him. And, as a result, God will accept you as right with him. Before, you were slaves to sin. But then you really obeyed the true things about Christ that people taught you. So, we should thank God because of that! God has made you free from sin. And you have become his slaves, who do right things. (Romans 6:15-18, Easy English Version)

…I write to you young men because you are trusting Christ well. God’s word is always in your minds and you have beaten Satan. (1 John 2:14, Easy English Version)

But if we tell God about our sins then he will forgive us. He will take away from us all our sins. God is true and fair. So, he will do what he promised. And he will do what is right. (1 John 1:9, Easy English Version)

You, believer in and follow of Yehoshu’ah Ha’Mashiach, are supposed to defeat Satan. (Yehoshu’ah set the example in Matthew 4.) God’s Word should always be in your mind, and you should choose to do it, rather than succumb to some kind of worldly lust, etc. That is how you defeat Satan.

When you mess up, you repent and confess your sins to יהוה. However, you can beat Satan merely by obeying יהוה (i.e., doing what He says to do in His Word). You are supposed to beat Satan.

In order to win, consider how Yehoshu’ah dealt with the devil in Matthew 4 and do likewise. (Also, a noteworthy observation is that every temptation posed by the devil to Yehoshu’ah was aimed at having Yehoshu’ah satisfy the desires of His flesh.)

To defeat Satan, you must choose to do and do what God’s Word says in every situation. Of course, you need the Ruach Ha’Kodesh (The Holy Spirit) to guide you, strengthen you, etc., but you also must choose to know and practice doing God’s Word.

The first human beings, Adam and Chawwah, believed Satan’s lies over the Word of יהוה and where, thus, defeated by Satan. The last Adam, Yehoshu’ah Ha’Mashiach, chose the Word of יהוה over the lies of Satan and, thus, defeated Satan. We now have same choice to make—regularly, throughout our lives—with two examples that exemplify the possible outcomes of our choice. Who will you believe and obey?