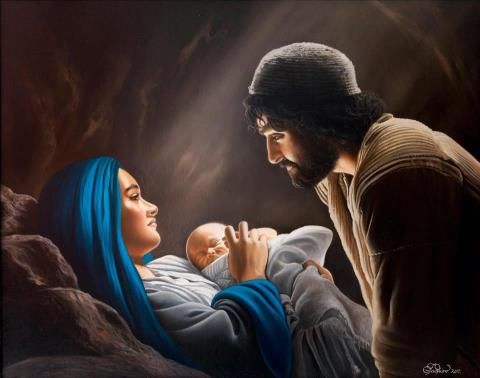 Recently, we continued one of our current studies of the Word of יהוה into the First Book of Chronicles. As we entered into the book, we prayed for a deeper understanding of the genealogies given. (We had, previously, researched some of the names in some of the genealogies and felt like the names, themselves, might tell a story. Furthermore, the genealogies provide a temporal record that can be evaluated; they root empires that would come later, including the final empires; etc. However, we felt certain that there are still other reasons why יהוה has included them.)

Shortly after we commenced praying for such revelation, I saw the December 25, 2016 prophecy update of The Superior Word. In that presentation, Charlie (the presenter) quoted from a biblical scholar who asserted that the time of The Messiah’s birth could be ascertained via the new testament record and the knowledge of when the various priestly divisions performed their priestly duties in Jerusalem (which is given in Chronicles). Thus, I made note of that, and when we regathered, we looked for those threads, and — sure enough — it is possible to quickly narrow down the time frame of The Messiah’s birth.

However, our study resulted in a different time for The Messiah’s conception than that asserted by Charlie, but we are confident in the timing revealed by the Word of יהוה. Furthermore, we did not expect to find the time frame revealed by the Word of יהוה, since we had previously tended to be persuaded by arguments that put The Messiah’s birth in the spring time frame. We now have a tentative, newfound respect for the Christmas tradition (which we had previously believed was pagan in origin).

There was in the days of Herod, the king of Judea, a certain priest named Zacharias, of the division of Abijah. His wife was of the daughters of Aaron, and her name was Elizabeth. Luke 1:5, NKJV

In our, printed version of the NKJV English Translation of the Word of יהוה, it cross references the phrase, “the division of Abijah,” with 1 Chronicles 24:1,10. Reading 1 Chronicles 24, it seems clear that King David divided the yearly temple service into 24 time periods (i.e., 24 approximately fifteen day intervals) — 1 Chronicles 24:3 — and that Zacharias’ (Abijah’s division’s) was the eighth such interval.

Given that the Biblical year starts in the month of Abib (Exodus 12) and that Abib 1 typically occurs in the March to April time frame, Zacharias should have commenced his 15 (or more) day service somewhere between June (ending in June or July) to mid-July (ending in late July). Back to Luke’s account:

So it was, as soon as the days of his service were completed, that he departed to his own house. Now after those days his wife Elizabeth conceived; and she hid herself five months… Luke 1:23-24, NKJV

Now in the sixth month the angel Gabriel was sent by God to a city of Galilee named Nazareth, to a virgin betrothed to a man whose name was Joseph, of the house of David. The virgin’s name was Mary. Luke 1:26-27, NKJV

And the angel answered and said to her, “The Holy Spirit will come upon you, and the power of the Highest will overshadow you; therefore, also, that Holy One who is to be born will be called the Son of God. Now indeed, Elizabeth your relative has also conceived a son in her old age; and this is now the sixth month for her who was called barren. For with God nothing will be impossible.”

Then Mary said, “Behold the maidservant of the Lord! Let it be to me according to your word.” And the angel departed from her.

Now Mary arose in those days and went into the hill country with haste, to a city of Judah, and entered the house of Zacharias and greeted Elizabeth. And it happened, when Elizabeth heard the greeting of Mary, that the babe leaped in her womb; and Elizabeth was filled with the Holy Spirit. Then she spoke out with a loud voice and said, “Blessed are you among women, and blessed is the fruit of your womb! But why is this granted to me, that the mother of my Lord should come to me? For indeed, as soon as the voice of your greeting sounded in my ears, the babe leaped in my womb for joy. Blessed is she who believed, for there will be a fulfillment of those things which were told her from the Lord.”
Luke 1:35-45, NKJV

Given the fact that we can gauge the dates of Abib 1 during the time frame when John and Yehoshu’ah were conceived, we can more precisely identify when Yehoshu’ah was born.

Thus, from this analysis, it is clear that Yehoshu’ah was probably conceived somewhere between mid-February to mid-March and was born somewhere between mid-November to mid-December. So, He certainly was not born in the spring, but he might have been born in late December if Zacharias took over a month to return home and impregnate his wife or if Elizabeth was in the middle of her sixth month of pregnancy when Mary was impregnated.

Also, given the assumptions utilized to create the above table, Yehoshu’ah would have been born at least a week after the end of the Feast of Tabernacles. Thus, He would not have fulfilled any of the fall feasts during His first coming.