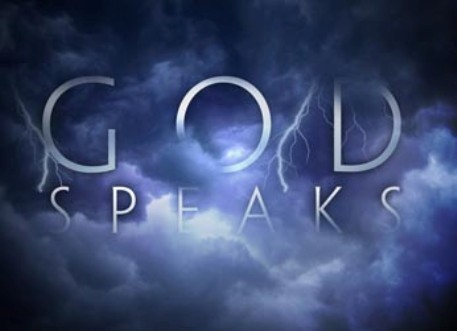 In the beginning God created the heavens and the earth.

And the earth was waste and empty, and darkness was on the face of the deep, and the Spirit of God was hovering over the face of the waters. And God said, “Let there be light.“ And there was light.

This Shabbat morning, I was talking with a former Hindu who is now a believer in and follower of The Messiah. She was relating how God had taken her and shined His light upon her and turned her and her wasted, empty, formlessness life into something new and meaningful and good. He had translated her out of death and the darkness of the world and into His Kingdom of light and gave her true life. As I thought about what she said, I realized that this is what God has done for each of us whom He has saved and begun to restore. Thus, in someway, Genesis 1:1-5 is not only the history of the creation of the heavens and the earth and all that in them is, but it is also prophecy about how God works in the lives of men, today–as He has done in the past and will continue to do throughout the future. God’s love for humanity is amazing.

Furthermore, I recall how God’s Spirit must have been brooding over me when my life was formless, and I was lost in darkness–wandering about Western Los Angeles, in between surf sessions. At that time, I would ponder God and the little that I knew about Him and His Word and felt hope about the future, even though I knew that I was lost in darkness and that my life was meaningless. The Spirit of God had begun to shine His Light into my life, and I accepted His Truth as He revealed it to me. Even at that time, God had a plan for me, and it was a good plan.

God really is amazing, and He is doing amazing things in this evil, dark, lost world and in the formless, wasted, empty lives of men and women who dwell upon it. In spite of everything, God is still shining His light into the lost, dark lives of men and women and giving them a hope and a purpose and true life.

But we do know that all things work together for good to those who love God, to those who are called according to [His] purpose.
Romans 8:28, Darby

Even though the likes of Jeremiah 29:11 are promises made to Israel by יהוה, they are ascribed to all of those who become citizens of Israel (through the power of יהוה), as I have described in the chapter of Answers From God entitled, “Am Y’israel Chai!” (For example, even the name–Israel–refers to one who struggles with God and succeeds.) If you have not read the book, Answers From God, then I encourage you to do so and to leave a favorable review with comments about how the revelations provided in the book have impacted you.