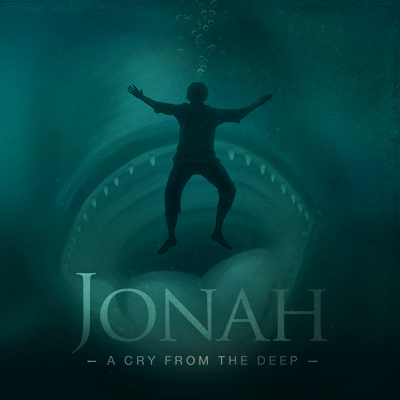 Recently, I listened to an interview of Scott Adams (the creator of the popular “Dilbert” comic series). In it, he described how his faith in God was destroyed by the Biblical account of the Prophet Jonah, when he was a child. His reasoning included the observations that (1) there would have been no air for Jonah to breath in the belly of the fish that swallowed him, and (2) the fish’s digestive juices would have killed Jonah. The interviewer chimed in with an allegorical tale that he had been taught (that attempted to delegitimize the historicity of the Biblical account of Jonah), which was equally unbelievable to both men.

When I listened to the doubt of these men, I could understand how a man being swallowed by a giant fish for three days and then living to recount the tale is highly unlikely in the purely natural realm. However, יהוה was directly administering the life of Jonah during the time of the Biblical account. Thus, given the fact that יהוה made this clearly awe inspiring creation that we all live in and interact with, keeping Jonah alive inside of a fish would really not be that great of an undertaking for יהוה. Furthermore, I do not believe that the Biblical account actually states that Jonah was alive in the belly of the fish.

Such a sequence of events seems to require less intervention on the part of יהוה than sustaining Jonah’s body within the belly of the fish for three days, and it also more tightly couples that part of Jonah’s life to the sign that the Messiah gave (e.g., Matthew 12:38-45, Matthew 16:4, Luke 11:29). Thus, as Yehoshu’ah died, His eternal being left His body and went to the place of the dead (e.g., 1 Peter 3:18-22, Ephesians 4:9, Acts 2:24, Zechariah 9:11, Hosea 13:14). Yet, His physical body remained in the tomb until He returned to it, and it was resurrected. Similarly, Jonah died, and his eternal being went to a place of the dead. Then a fish swallowed his body, where it remained until the time of his resurrection.

There is nothing that should be faith shaking about this historic account. In deed, while it is history, it was also prophetic of what the Messiah would one day suffer. If one believes that God’s interaction with His creation is limited to the laws of the universe that He established, then there are many historic accounts that have been documented within the pages of the Word of יהוה which will be difficult to believe. However, given the fact that יהוה created and sustains everything (including the laws of physics, etc.), He most certainly is able to act upon the creation outside of time, the laws of physics, etc. that restrict the creation. If this were not the case, then the creation (including you) would not even exist. Yet, the creation does exist and is a testimony to the power, etc. of יהוה.