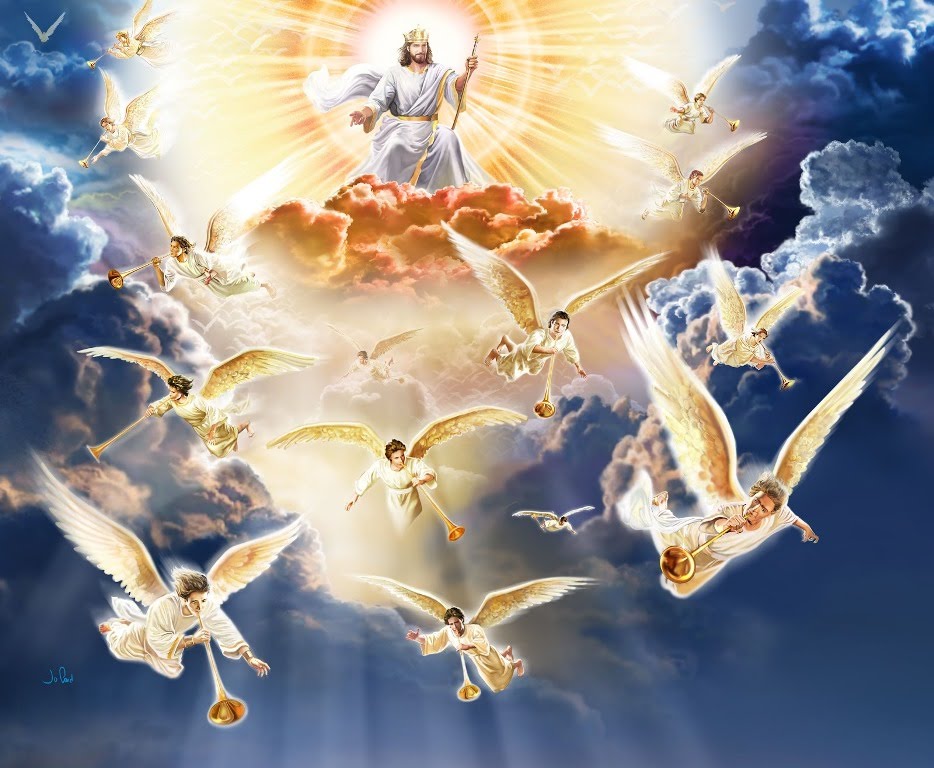 Last week, when I read Zechariah 12, I read it with a different set of suppositions than those that I have usually relied upon. That time, I considered the possibility that when Yehoshu’ah returns to gather His faithful remnant to Himself that He will momentarily reveal Himself to Israel and the rest of the world (e.g., Revelation 6:12-17 and, possibly, Luke 23:28-31). Then, once He has gathered His bride to Himself, He will leave with His bride. Observing this and realizing what they have done and what they have missed out on might be at least part of what will cause Israel to mourn (Zechariah 12:10-14). To me, it is an interesting possibility to ponder, one which seems as though it could fit the prophetic mold of future events. However, whether or not this is the way that the prophecy will unfold remains to be seen.

Something else that I considered is that aspects of The Rapture may be similar to the destruction of the earth via The Great Flood or the destruction of Sodom and Gomorrah in terms of the number of people who are saved by the event. In the case of The Flood, only eight souls out of untold numbers (probably billions) of people were saved. Only four souls were saved from the destruction of Sodom and Gomorrah, and even one of those was lost during the rescue effort due to her disobedience to God’s instruction during her escape. Could it be that the number of people saved from The Wrath of God to come via The Rapture will be relatively small, as well? I believe that Scripture may affirm this (e.g., Luke 18:7-8, 2 Thessalonians 2:3), in which case The Rapture will not be impactful in the ways that many have surmised; e.g., the number of living taken to be with Master Yehoshu’ah may be negligibly small in comparison to the earth’s population at the time.

Thus, it seems at least reasonable to contemplate that The Rapture will involve the rescue (by God) of a small, faithful remnant of Messianic Believers (aka Christians) who remain faithful through and survive The Great Falling Away and The Great Tribulation. Just prior to coming to save this small group of believers, Zechariah 12 seems to indicate that Yehoshu’ah supernaturally strengthens Israel, enabling them to easily defeat the armies that have come against Judea and Jerusalem. Then He comes to gather the few remaining, faithful believers to Himself – thus, momentarily revealing Himself to Israel and the world. While the impact upon the world from the removal of the faithful few may be minimal, the knowledge imparted to Israel will be overwhelming to them.

At that moment, Israel will understand that they have been fighting against יהוה and against His Anointed for millennia and have missed out upon the blessings of The Messiah’s wedding feast as a result, causing them to mourn bitterly (as Zechariah described) and to suffer the coming Wrath of God along with the rest of the remaining, rebellious population of the earth. However, perhaps Israel’s coming mourning will not be without effect, since shortly thereafter Yehoshu’ah commissions 144,000 of them.

While this is interesting to ponder and seems to fit the prophetic narrative (as do other possibilities), ultimately, those who know the Word of יהוה will understand The Truth as the events foretold draw near. Pray that you may be counted worthy to be one of the faithful few.