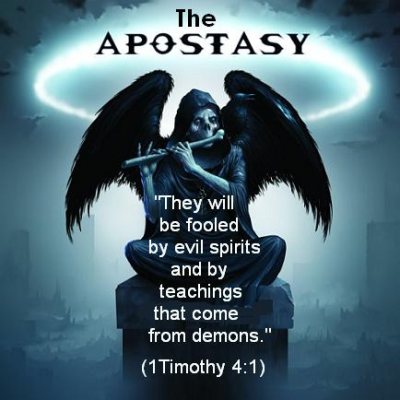 If you are an even modest student of the Word of יהוה, then you have probably noticed that even though Israel had יהוה and His endless stream of blessings, they wanted to be like the other nations–even though the other nations hated them (e.g., 1 Samuel 8). I believe that a similar phenomena recently took place in Europe.

After the period that we call The Dark Ages, people in Europe started to turn to יהוה en masse. This turn to יהוה lead to the wonderful period of peace and prosperity in Europe that we now call The Renaissance.

However, once the people of Europe had drawn closer to יהוה and had begun to receive His bountiful blessings, they sought to be accepted by people who were critical of them and their faith. These Europeans soon desired to be liked by those who had abandoned יהוה and His Way–ultimately abandoning יהוה, themselves, in their senseless quest for acceptance by sinful men. Like the Israelites, they desired acceptance from those who hated them more than they desired יהוה. Thus, over the past century or so, we have watched the people of Europe turn from light and enlightenment back into darkness, and conditions analogous to those of The Dark Ages have begun to reemerge, there.

Former Christian Nations like Australia, New Zealand and the USA have also recently attempted to satisfy similar desires in that they each have wanted to be more like the Europeans who hated them. Thus, they are also descending into darkness, and a future world that is filled with darkness seems to await them as a result of their turning away from יהוה.

Ultimately, as the Word of יהוה warns, the fear of man is a snare, but (as the Europeans who returned to יהוה during the end of The Dark Ages discovered) the fear of יהוה is the beginning of all wisdom (e.g., Proverbs 29:25). Moreover, back in 1965, a preacher by the name of Stanley Frodsham gave an interesting prophecy entitled, “Coming Deception.” In it, he warned:

I warn you to search the Scriptures diligently these last days. For the things that are written shall indeed be made manifest. There shall come deceivers among My people in increasing numbers, who shall speak forth the truth and shall gain the favor of the people. For the people shall examine the Scriptures and say, “What these men say is true.” Then when they have gained the hearts of the people, then and THEN ONLY shall they bring out these wrong doctrines. Therefore, I say that you should not give your hearts to men, nor hold people’s persons in admiration. For by these very persons shall Satan enter into My people. WATCH FOR SEDUCERS. Do you think a seducer will brandish a new heresy and flaunt it before the people? He will speak the words of righteousness and truth, and will appear as a minister of light, declaring the Word. The people’s hearts shall be won. Then, when the hearts are won, they will bring out their doctrines, and the people shall be deceived. The people shall say, “Did he not speak thus and thus? And did we not examine it from the Word? Therefore he is a minister of righteousness.

This that he has now spoken we do not see in the Word, but it must be right, for the other things he spoke were true.”

Be not deceived. For the deceiver will first work to gain the hearts of many, and then shall bring forth his insidious doctrines. You cannot discern those who are of Me and those who are not of Me when they start to preach. But seek My constantly, and then when these doctrines are brought out you shall have a witness in your heart that these are not of Me. Fear not, for I have warned you. Many will be deceived. But if you walk in holiness and uprightness before the Lord, your eyes shall be open and the Lord will protect you. If you will constantly look unto the Lord you will know when the doctrine changes, and will not be brought into it. If your heart is right I will keep you; and if you will look constantly to Me I will uphold you.

The minister of righteousness shall be on this wise – his life shall agree with the Word, and his lips shall give forth that which is wholly true, and it will be no mixture. When the mixture appears then you will know he is not a minister of righteousness. The deceivers speak first the truth and then error, to cover their own sins which they love. Therefore I exhort and command you to study the Scriptures relative to seducing spirits, for this is one of the great dangers of these last days.

I desire you to be firmly established in My Word and not in the personalities of men, that you will not be moved as so many shall be moved. I would keep you in the paths of righteousness. Take heed to yourselves and follow not the seducing spirits that are already manifesting themselves. Diligently inquire of Me when you hear something that you have not seen in the Word, and do not hold people’s persons in admiration, for it is by this very method that Satan will hold many of My people.
Frodsham, Stanley. “Coming Deception,” pages 4-5. The 120 Church, Flower Pentecostal Heritage Center. Accessed October 15, 2016.

Some fairly significant examples of the fulfillment of Mr. Frodsham’s prophecy immediately came to mind when I read his prophetic warning, including the so called Guiana Tragedy lead by the now infamous Jim Jones. If one studies this or any of the various tragedies that affirm Mr. Frodsham’s warning, he or she will understand how the followers of a once יהוה honoring pastor continued to cling to that pastor over יהוה, even when it should have been obvious that the pastor had left יהוה and gone his own way–often leading to the ultimate demise the pastor and his followers.

We human beings love to be accepted by other human beings who are each as faithless and infallible as we are (e.g., John 12:43). However, what would happen if we stopped clinging to other people and instead clung to The One who alone is faithful and true? What would happen if we sought the praises of God instead of the praises of men? (The history of the USA gives us a bit of a clue.)

…if my people, who are called by my name, shall humble themselves, and pray, and seek my face, and turn from their wicked ways; then I will hear from heaven, and will forgive their sin, and will heal their land.
2 Chronicles 7:14, WEB