The position of the Americans is therefore quite exceptional, and it may be believed that no democratic people will ever be placed in a similar one.
Alexis De Tocqueville, Democracy in America, Part the Second, The Social Influence of Democracy, Henry Reeve, translator (New York: J. & H. G. Langley, 1840), pp. 36-37.

The above quote is the source of the famous phrase, “American Exceptionalism.” What one who reads the broader chapter from which this quote was taken might conclude is that de Tocqueville appeared to be critical of Americans (that is, citizens of the United States of American) in his day for focusing more upon the application of science than upon advancing its discoveries. De Tocqueville also “accused” Americans of having few artists, poets and writers. He seemed to ascribe the observed state of the USA to the religion professed by the first European emigrants and handed down to their descendants (page 35). He also credited this religion for the resultant equal treatment of all members of American society at the time and the then industrious nature of the Americans – which he called “the spirit of gain,” amongst other apparent euphemisms (page 35).

Thus, if one were not careful, he or she might presume that de Tocqueville were being critical of the USA. This is a mistake that contemporary leftist American society typically makes when referencing de Tocqueville (either intentionally or otherwise). (If you are of the lot who has been trained to notice each and every real or imagined shortcoming of the USA, from its inception into the present day, then you are a victim of such leftist thinking and training – aka indoctrination.) However, upon closer inspection, it seems apparent that the chapter (and de Tocqueville’s entire two volume work entitled, “Democracy in America”) is both an exploration of democracy and its impact upon humanity (in general) and complimentary to the historically unique phenomena that the USA had become by de Tocqueville’s day.

Hence, de Tocqueville correctly grasped that the unique material, societal and other triumphs of the USA in his day were the result of the nation’s foundation upon the Word of יהוה, which was unique of all nations throughout history. He also correctly observed that the USA was immensely prosperous without being fixated upon human wisdom. Thus, in the chapter from which the famous phrase (“American Exceptionalism”) emerged, he regularly compared “under performing” Europe and its fixation upon human “intellectual” discoveries to exceptional America whose people had gained so much merely by focusing and acting upon the revelation given to humanity by its Creator. 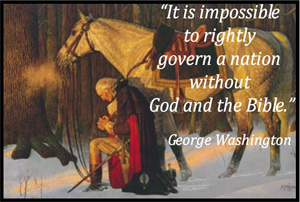